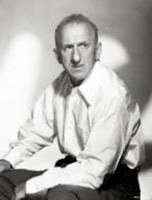 The comedian Jimmy Durante was a crooner, but he made so many jokes about his own "Schnozzola" that it soon became his trademark. So he decided to insure his famous nose in the 1940s. Insured value was $50,000

Bio: James Francis "Jimmy" Durante (born February 10, 1893 died January 29, 1980) was a famous American singer, actor, pianist and comedian. His distinctive clipped speech, comic language butchery, songs influenced by jazz, and large nose made him one of America's most popular personalities from 1920s to the 1970s. His jokes about his own nose included calling it as a "Schnozzola", and that word soon became his nickname.
o 12:13 AM